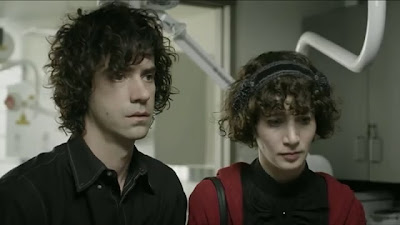 The multi-talented July’s second feature, following 2005’s excellent Me and You and Everyone We Know, is slow to get going, often feeling in the opening scenes as if it about to settle for the same sort of cruel, patronising, faux-ingenuous humour that marred the likes of Napoleon Dynamite (2004) and Eagle vs Shark (2007), before taking a very welcome turn for the surreal around the halfway mark, saving it from the quirky hell towards which it had surely been headed. Writer/director July and co-star Linklater play a pair of decidedly drippy thirty-somethings who, after hearing that the terminally ill cat that they are about adopt, which they believed would be with them for no more than six months, in fact could live for as long as five years, panic at the implications that such a commitment could bring, and resolve to live their last 30 cat-free days as if they were their absolute last. Of course, carpe diem is easier said than done, and the pair soon find their lives heading in odd directions, with second-hand hairdryers, grave-digging little girls, extra-relational affairs, time manipulation, talking cats, and The Man in the Moon all playing their part. Okay, so even with the change of tone it’s still a quirk-fest, but it’s a quirkiness that is never less than palatable and that is often surprisingly provocative and even vaguely affecting. It is also, I suspect, like many films of its ilk, a picture likely to improve with age and subsequent viewings. Still, after the brilliance of her debut, it unfortunately proves to be something of a (relatively, at least) disappointment. Recommended, never the less.
-- Iain Stott