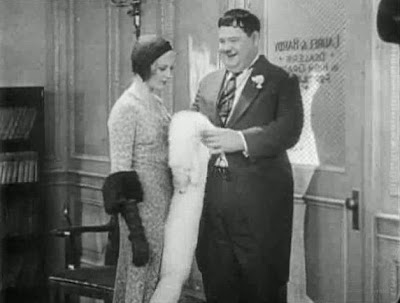 Things are going well for Messrs Laurel and Hardy; they are successful businessmen, and the latter is running for mayor, to boot. So when the shapely form of a youthful indiscretion comes-a-blackmailing, Ollie has a job on to keep it from his wife and the electorate, in this mildly diverting comic short. The separating of the two comedians for much of the runtime and the film’s atypical backdrop prove a brave but failed experiment. It certainly has its moments, though.
-- Iain Stott