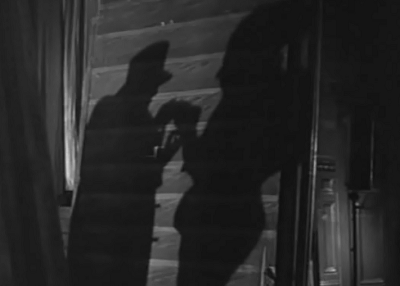 A clubfooted frustrated dancer manipulatively moulds an athletic young boy, whom he kidnapped from an abusive father, into the ballet superstar that he wishes he could have been, but fails to control him when love’s young dream captures his heart, in Curtiz’s stylish melodrama. Inventively expressive mise en scène, striking deep-focus photography, and some deliciously full-blooded performances combine well, but a rather rushed-feeling ending and some generally illogical plotting detract somewhat.
-- Iain Stott