Sebastian Bergman: The Cursed One (2010) 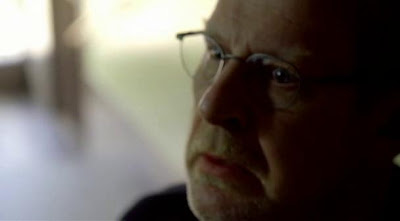 Sebastian Bergman, a renowned, womanising former criminal psychologist, wracked with guilt and grief over the deaths of his wife and 4-year-old daughter, and taken aback by the revelation that he has another child who had been kept a secret from him for 30 years by his own mother, comes out of retirement to aid the police in two murder investigations. In the first, he helps to identify the killer of a teenaged boy found with his heart cut out in the woods near to the morose profiler’s boyhood home. In the second, he investigates a murderer who not only mimics the style of the serial killer on whose arrest Bergman made his name, but who also appears to be targeting his former sexual conquests. The first part is generally excellent, with atypically plausible plotting, intimate handheld camerawork, and a towering central performance. The second, however, is much less engaging, generally overblown, and often quite silly, though it remains watchable thanks to Lassgård’s muscular yet vulnerable turn.
-- Iain Stott