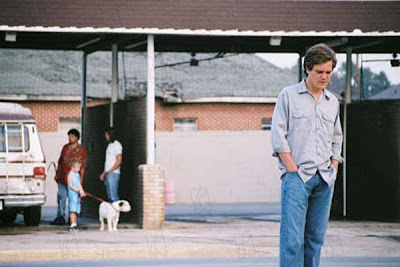 After the death of their estranged father, three disadvantaged brothers from a remote, small town find themselves in the midst of an escalatingly violent feud with the sons of his second family, in Nichols’s sensuous modern-day western. The film’s gentle pacing and quiet lyricism manage to caress the senses throughout, whilst its frequent bursts of violence are handled with sensitivity. The performances are also generally rather good, though some of the casting choices seem (relatively so, anyway) a little too starry and glamorous for the material. However, much of the action verges on poverty porn, leaving behind something of a bad taste.
-- Iain Stott