Launch of HMS Albion at Blackwall 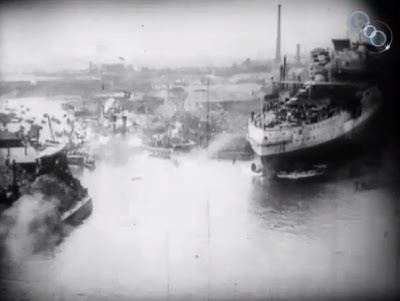 Perfectly dissecting the frame from top right to bottom left in the process, Prestwich’s beautifully composed film documents the launch of HMS Albion at Blackwall on the 21st of June, 1898 – an event that was witnessed by 30,000 onlookers, 37 of whom lost their lives when the jetty upon which they were standing became washed away by the resultant swell.
-- Iain Stott