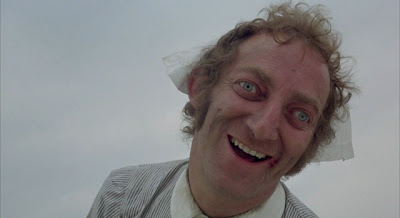 Three years after the conclusion of an apocalyptic nuclear war, the few remaining residents of London – bonkers to a man – attempt to live out their lives. However, with some of the inhabitants turning into dogs, budgies, wardrobes, and bed sitting rooms, not to mention suffering through 17-month pregnancies, all under the watchful eye of the authorities – “keep moving!” – this task proves anything but a simple one, in Lester’s intoxicatingly mirthful amalgam of satirical jabbery and inane silliness. The stellar cast of esteemed comic talent proves unsurprisingly wonderful.
-- Iain Stott