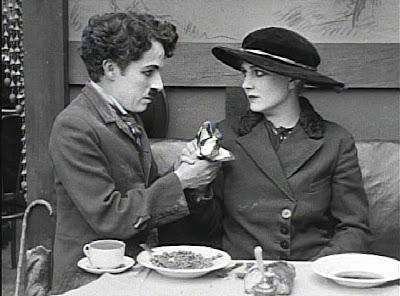 Just arrived in the country – penniless and hungry – a little tramp chances upon a shiny new coin, and sets about spending it on a meal. However, a hole in his pocket, an ignorance of American social mores, and the arrival of a pretty girl (to whose aid he had come on the voyage over) ensure that his repast is anything but a straightforward one. Chaplin’s clowning is unsurprisingly great, Edna Purviance’s turn (as the girl) proves affecting, and Albert Austin (in a very small role) also catches the eye, in this wonderful comic examination of the immigrant experience.
-- Iain Stott