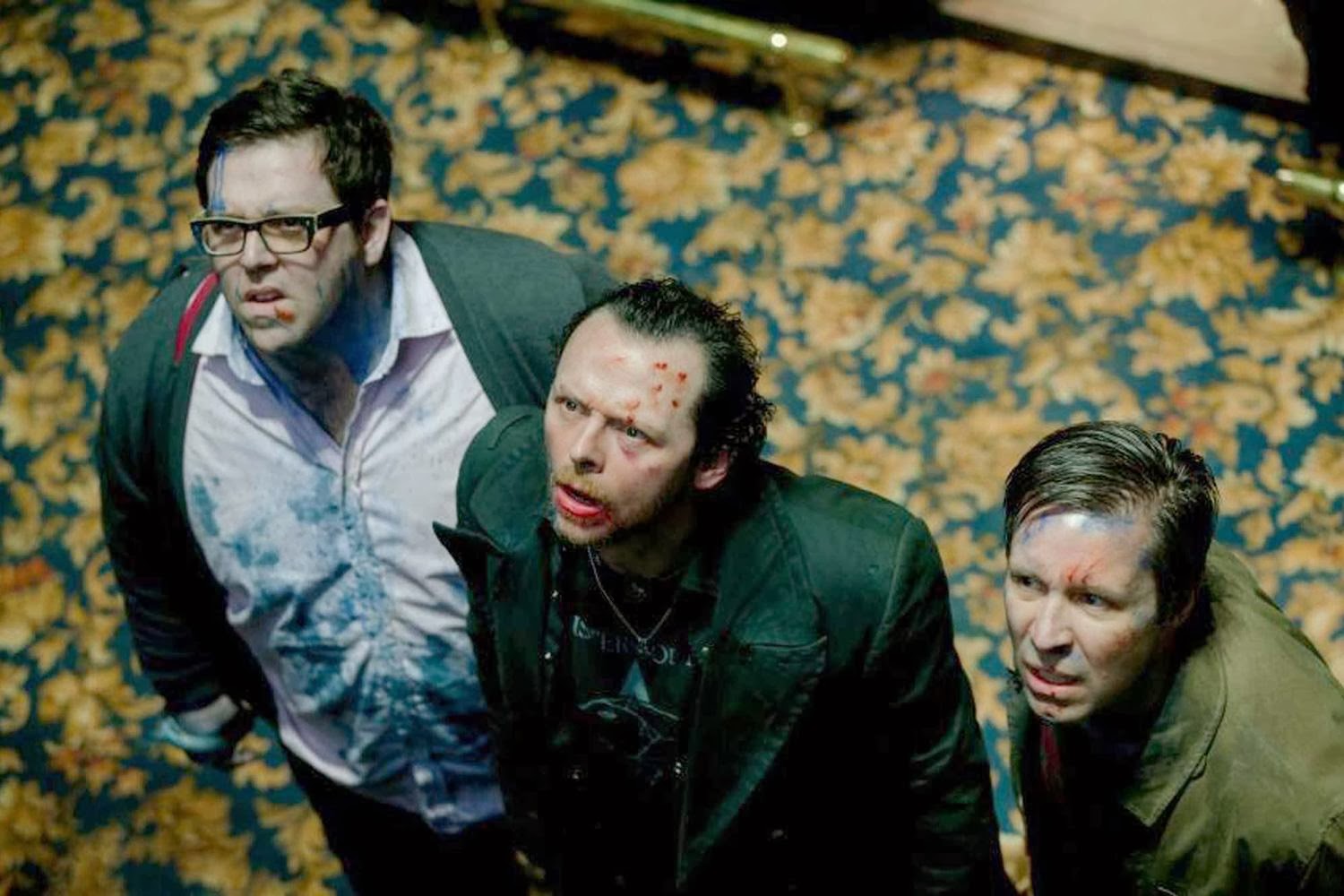 Having fallen three pubs short twenty-odd-years earlier, five friends – four adults (Nick Frost, Paddy Considine, Martin Freeman, & Eddie Marsan) and an eternal adolescent (Simon Pegg) – reunite to embark on a 12-pub pub-crawl along the high street of their long vacated home town. However, as the alcohol begins to flow, it soon becomes apparent that the town’s entire population has been replaced with simulants. But with no one sober enough to drive, and no better plan for escape forthcoming, they decide to continue on with their quest undaunted, in this well-crafted and consistently entertaining though vaguely (in spots, at least) uninspired piece of comic science fiction.
-- Iain Stott