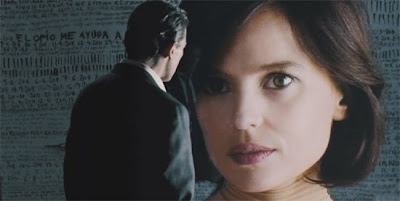 Following the tragic deaths of his wife and daughter, an unstable plastic surgeon finds himself driven to create fire-proof human skin, using swine DNA. However, with this kind of research being frowned upon by the medical community, he conducts his experiments in secret, using a human guinea pig for his trials – though, crucially, not a particularly willing one. Though beautifully crafted and impeccably performed, Almodóvar’s latest proves too reliant upon narrative twists to fully engage the viewer, and as a consequence lacks the emotional power of his best work. Hugely entertaining, never the less.
-- Iain Stott