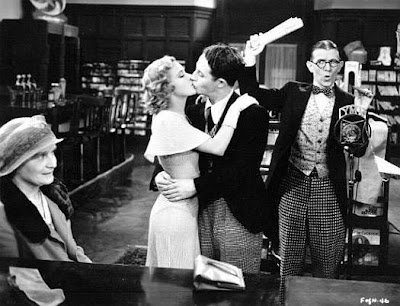 In this delightful Wheeler and Woolsey comedy, two down-on-their-luck vaudevillians wander into a new town and come to the aid of an elderly woman whose drugstore seems destined to go under, but find their attempts to revive her flagging business complicated by both romance and an underhanded bootlegger, who is looking to buy her shop on the cheap. Several memorable performances, an unusually relaxed pace, a number of near-the-knuckle gags, and some surprisingly fluid film-making combine to decidedly charming effect.
-- Iain Stott