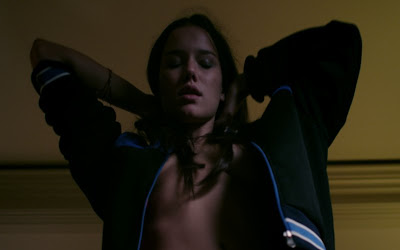 In Hewitt’s stylishly entertaining but oft unconvincing thriller, a 17-year-old novice and a 30-year-old veteran’s big money trick turns to nightmare, when their dodgy client has his head transformed violently into a bowling ball by a corrupt and decidedly deranged cop whilst they cower in the bathroom, leaving the pair with no option but to flee for their lives. The director’s assured visual touch and Mangan-Lawrence’s convincingly vulnerable performance impress throughout, but much of the plotting lacks plausibility and the characterisation credibility.
-- Iain Stott