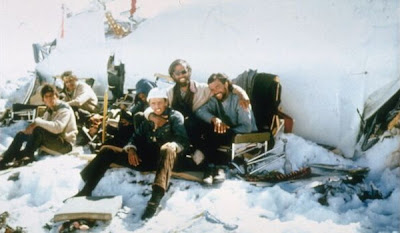 Using artful reconstruction and affecting interview footage, Arijon’s moving film documents with élan the 72 days that a team of Uruguayan rugby players spent on the side of a snow-covered mountain following a plane crash in the Andes in 1972, detailing their unimaginable hardships, including their need to turn to cannibalism in order to survive, as well as recounting the incredible tale of how they came to be rescued. Running us through a gamut of emotions, these remarkable men guide us gracefully through their amazing story. On a side note, the exploitative UK release title is horribly insensitive and reeks of tabloid journalism, which the film itself most certainly does not.
-- Iain Stott