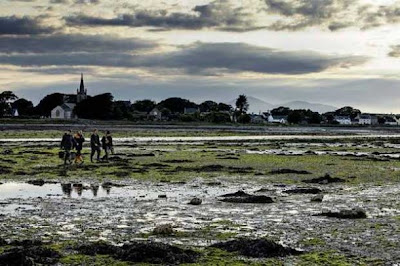 A middle-aged man returns to his Northern Irish home town after a long absence, with his American daughter in tow, who convinces him to seek out his former best friend and childhood sweetheart, who are now married to each other and whom he believes that he betrayed when he left 25 years earlier at the height of The Troubles, in George’s amiable short film. Despite being generally well crafted, The Shore often feels more like a pilot for a potential television series than complete, finished work.
-- Iain Stott