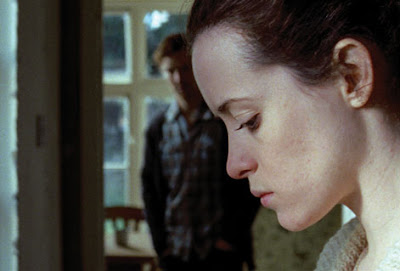 After an absence of several years, a combat and world wearied soldier walks back into the life of his elder brother, who has just embarked upon an idyllic existence of domesticated rural bliss with his beautiful music teacher wife, bringing with him an awful lot of emotional baggage, which leads inevitably to trouble, in Hood’s excellent feature debut. Composed of disquietingly half-realised scenes of barely understandable familial tension, brought to life by a trio of outstanding performances, the film proves to be a piece of decidedly and discomfortingly powerful drama, which wouldn’t have looked out of place on the filmography of Joseph Losey.
-- Iain Stott