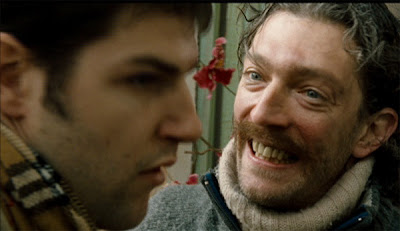 Not yet ready to go home after a night of clubbing, three young revellers and a barmaid accept an invitation to accompany an attractive young woman back to her large rural home to keep the party going, but find the behaviour of her, her housekeeper, and the other residents of her small, remote village rather troubling, in Chapiron’s brashly entertaining comic horror film. Made with a great deal of rough’n’ready wit, style, and energy, the film is a vibrant (if rather loud and insubstantial) work of, never the less, quite some promise. It’s certainly not for all tastes, though.
-- Iain Stott