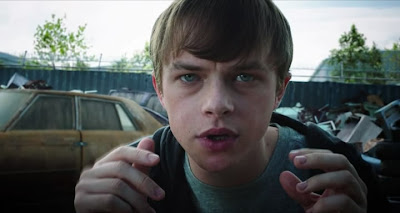 In Trank’s unexpectedly entertaining piece of science-fiction, a bullied social misfit, his vaguely pretentious cousin, and the school’s star athlete discover that they have telekinetic superpowers, after happening across a great glowing whatsit in a mysterious tunnel in the woods. However, as their control and range of powers grows, bringing about great personal satisfaction, so too does the ego of one of their number. So much so, that the safety of the human race itself soon becomes in doubt. Atypically convincing found footage, emotionally astute characterisation, good effects work, and fine performances combine to surprisingly polished effect.
-- Iain Stott