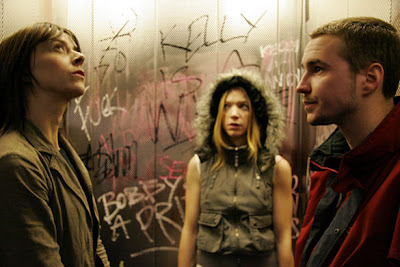 A sullen CCTV operator, who diligently monitors a north-eastern Glasgow council estate, spots a man from her past – a recently released ex-con – on one of her screens, and takes to following him. When she eventually makes contact with him, he also quickly takes an interest in her, but for entirely different reasons, as the recognition seems to be only one way. Only gradually, as Arnold’s ultimately rather devastating slow-burn thriller develops, do we come to realise the connection between these two characters. Dickie excels in the central role, with able support coming from Curran, Compston, and Press, whilst Arnold’s restrained direction and Ryan’s typically eye-catching photography also impress.
-- Iain Stott