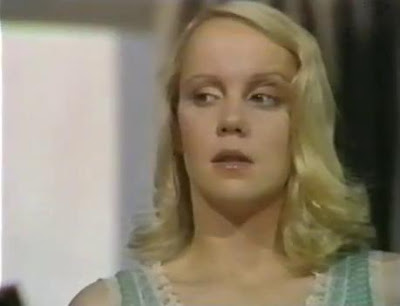 Michael Lindsay-Hogg | 1973 | ★★★
Just married, a military engineer (Mark Jones) custom builds a fully automated home for his beautiful but emotionally vulnerable and mildly physically disabled new wife (Georgina Hale), which is run by a talking computer named A.D.A.M. – Automated Domestic Appliance Monitor (voiced by Anthony Jackson). However, when the young woman comes to believe that A.D.A.M. has developed a personality of its own (not to mention an infatuation for her) and has begun to indulge in conversations beyond its programming, her new husband starts to worry for her mental well-being. (But should he really be worrying for his own physical well-being?) Solidly if unspectacularly crafted, with an intriguing teleplay and a decidedly though pleasingly over-the-top central performance, this short television film proves to be intelligent, diverting fare.
-- Iain Stott