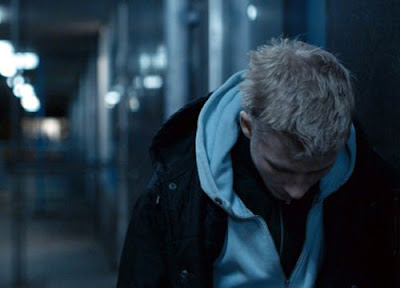 Shot with a gentle lyricism that alleviates some of its despair, and featuring a pair of affectingly naturalistic central performances, Najafi’s thoroughly downbeat but oft grimly beautiful first feature paints a portrait of a quiet 15-year-old boy with a flair for electrical engineering who finds life on his drab working class housing estate, to say the least, rather difficult. Bullied at school and neglected at home, he pours himself into his creations, escaping from the misery that surrounds him. However, when his mother is unable to afford a present for his birthday and resorts to stealing another boy’s coat (which belongs, coincidentally, to one of his bullies) – the aftermath of which results in further neglect and bullying – his life becomes all but unbearable, driving him towards an explosively drastic solution.
-- Iain Stott