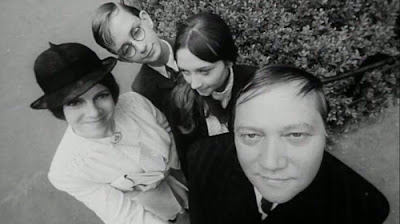 Nazism as paranoid delusion. With the German occupation imminent, a teetotal, non-smoking cremator – who believes that with his work he frees the souls of the departed from their earthly torment – joins the Nazi party, and begins to spy on his small town’s Jewish community (including his own wife and children). As his commitment grows, so too does his grip on reality diminish, with him soon coming to believe that he is the Dalai Lama – a revelation that, never the less, fails to prevent him from taking his responsibilities to the Nazi cause to the next bloody level. Fluid editing, strong imagery, and a brilliant central performance combine to imaginatively nightmarish effect.
-- Iain Stott