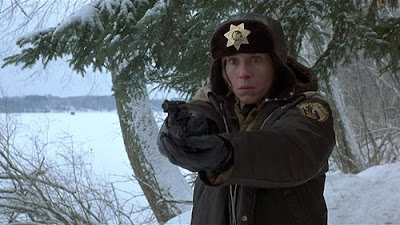 A Minnesotan car salesman, in desperate need of quick money, arranges to have a pair of goons kidnap his wife in order to extract a million dollars from his wealthy-but-miserly father-in-law. However, things quickly begin to go wrong when his hired thugs start to accumulate bodies and, subsequently, the attention of a heavily pregnant small town police chief, whose simple, loving home life couldn’t possibly be further from the empty, greed-driven lives of those that she seeks to bring to justice. Beautifully paced, immaculately crafted, and consummately performed, the Coens’ insightful, hilarious, and often strangely moving black comedy-cum-morality tale is perhaps the finest film of its type.
-- Iain Stott