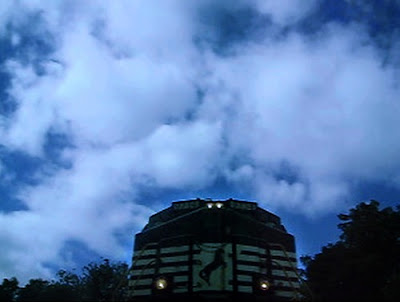 As it lazily captures the slowly passing clouds above, a track-mounted camera finds itself rudely awakened from its gentle dozing by the approaching sounds of an inordinately long freight train, which passes overhead in a whizz of light and shadow, clanks and bangs, before disappearing towards destinations unknown, restoring the status quo ante in the process, in Suzuki’s sublime, transfixing short film.
-- Iain Stott