The Lady and the Beard 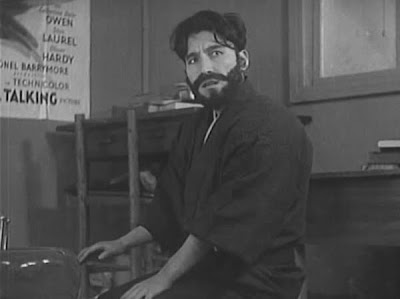 When a socially awkward kendo champion saves a young woman from being mugged in the street, she returns the favour by suggesting that he shave his beard in order to procure gainful employment. And indeed, having taken a shine to her, he proceeds to do so. However, cleanly shaven and gainfully employed, he also attracts the unwanted attentions of his friend’s younger sister and a petty thief, complicating his budding romance somewhat. Though generally well-crafted and featuring some likeable performances, Ozu’s mildly diverting rom-com never quite works, as its protagonists’ actions never really convince.
-- Iain Stott