Lancelot of the Lake 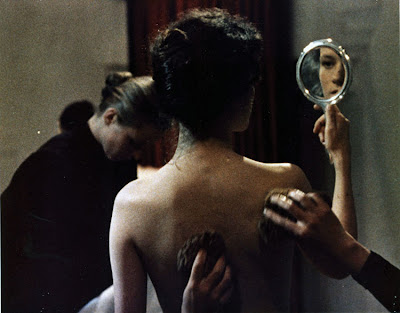 Bresson’s pared-down take on the Arthurian legend, symbolically rich and filled with expressively memorable imagery, captures the aftermath of The Knights of the Round Table’s failure to find The Holy Grail for their king (Antolek-Oresek), as they return to Arthur’s Camelot defeated and forlorn. Before long, two factions form, headed by the newly pious Lancelot (Simon) and the earthily assured Mordred (Bernard). In the wake of their failure, Lancelot swears to God to terminate his adulterous affair with Queen Guinevere (Condominas); however, their love proves too strong, rendering him incapable of following through on such a promise. And so, when Mordred witnesses their much-gossiped-about relationship with his own eyes, his numbers quickly swell, as only the most loyal of Lancelot followers, such as the youthfully naïve Gawain (Balsan), remain against him. Predictably – and for all concerned – things do not end well.
-- Iain Stott