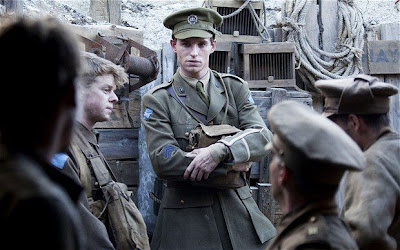 An officer in the British army, serving in the trenches at the Somme during the First World War, remembers the brief, but passionate, affair that he had with a married French woman in the same region several years earlier, in this handsome and affecting two-part drama. The performances are all good, with Redmayne’s nuanced turn in the central role proving particularly affecting; the production values are outstanding; and the pacing, for the most part at least, is unusually and delightfully leisurely. It does, however, feel a tad rushed towards the end, and may well have benefited from being an extra half an hour or so longer.
-- Iain Stott