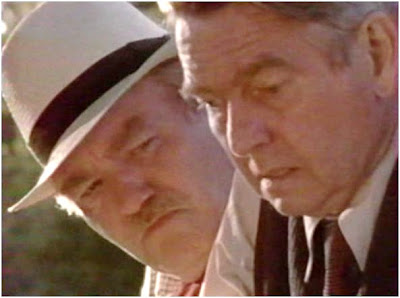 After the deaths of their respective wives, a brash former RAF man and a meek retired milkman move in together, and the two, despite the odd bump in the road, soon form a mutually beneficial relationship, in this witty and moving television play. Finney and Courtenay are, of course, wonderful, but the plotting is a bit too contrived to fully convince. Still, the film will likely elicit enough laughs and tears to more than make up for its weaker moments.
-- Iain Stott