Killed the Family and Went to the Movies (1969) 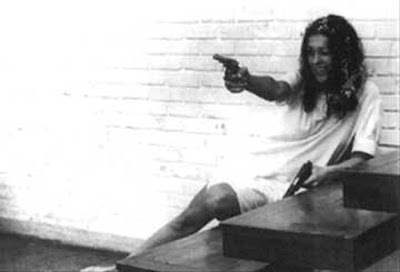 A man murders his parents and then goes to the cinema, where he watches a film about a young lesbian couple whose love struggles to combat the established order, in Bressane’s energetically anarchic feature. Episodically structured, with a decidedly unreliable narrative, this experimental underground film, though generally diverting enough, often feels like it was probably more fun to make than it is to actually watch. Godard-lovers will likely prove amused, though.
-- Iain Stott