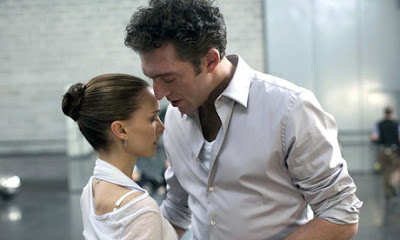 A hardworking if somewhat uptight ballerina is cast in the role of the swan queen in her company’s production of Swan Lake, and slowly, as the pressure put on her by her cliché-spouting director and rather negative mother starts to mount, begins to lose touch with reality, in Aronofsky’s visceral, unpredictable, and decidedly horrific melodrama. Portman’s central performance, as the mentally disintegrating dancer, is particularly noteworthy in a generally very well-crafted film.
-- Iain Stott