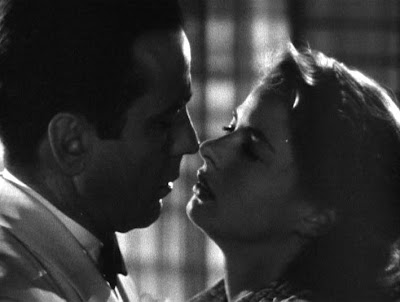 A cynical bar owner in Casablanca finds that he must deal with painful memories from his past, when the love of his life turns up, husband in tow, looking for exit visas to flee the grasp of the ever-encroaching Nazis, in Curtiz’s vaguely ridiculous, but exquisitely crafted and tremendously affecting wartime drama. Edeson’s photography is quite incredible, catching every little glimmer in the eyes of the equally outstanding Bergman. Bogart, of course, also excels, as do the majority of the well assembled supporting cast, with the film’s only real weakness coming from its rather risible central conceit.
-- Iain Stott