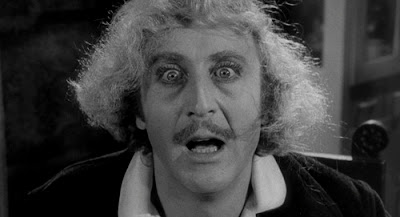 In Brooks’s formally elegant, yet deliciously silly, pastiche/homage to James Whale’s 1930s monster movies, Frederick Frankenstein, an American neurosurgeon, goes to live in Transylvania after inheriting his notorious grandfather’s estate, and soon finds himself – despite frequent protestations against having an interest in such things – carrying on with the family business, i.e. creating life from death. Unfortunately, he makes many of the same mistakes as his ill-remembered ancestor. Gently paced, beautifully shot, and containing a number of outstanding performances, this is a spoof quite unlike any other.
-- Iain Stott