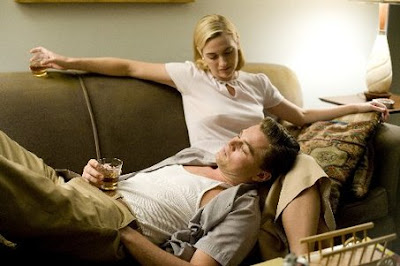 An atrophying marriage is given a spark of life by a couple’s decision to move to Paris to embrace a new lifestyle, but an unexpected promotion and an unplanned pregnancy soon force them to change their minds, bringing their relationship crashing to the ground in the process, in Mendes’s excellently written and generally well crafted, though emotionally rather underwhelming, 1950s-set suburban drama. Though the supporting performances are mostly noteworthy, the turns of DiCaprio and Winslet (in particular) as the central couple prove to be far from their best. And, similarly, Newman’s delicate score never quite proves effective, either.
-- Iain Stott