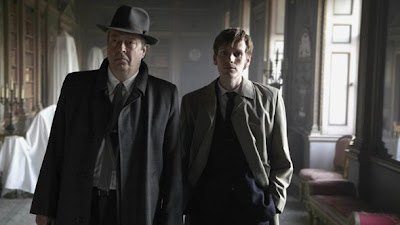 A young police detective, struggling to find his place in the world, plays a key part in the investigation into the murder of an Oxford schoolgirl, in this enthralling, beautifully crafted prequel to the acclaimed ITV detective series Inspector Morse (1987-2000). Held together by the captivating performance of Evans in the titular role, it proves to be a work more than worthy of its celebrated predecessor.
-- Iain Stott