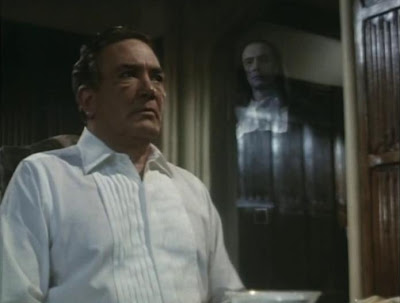 A perma-drunk, sexually voracious country inn proprietor’s life begins to spiral out of control, when the ghost of a notorious 17th century rapist and murderer begins appearing to him, but the intervention of God himself looks to bring back balance, in this diverting BBC three-parter. Finney is excellent as the larger-than-life central figure, but the drama as a whole lacks subtlety, and could certainly have done with a sight more ambiguity. No more than an enjoyable time waster, then.
-- Iain Stott