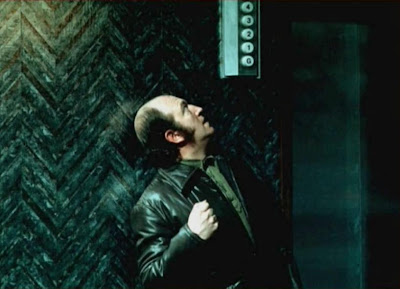 A knife-wielding killer chases a lone American woman, who a couple of months earlier had witnessed his fleeing from the site of a murder, around a locked-down 12-storey office block, but finds her wits more than a match for his underhanded cunning, in this well-crafted and terribly suspenseful little thriller. Robert Lang, as the killer, in a near enough dialogue-free part, proves particularly menacing.
-- Iain Stott