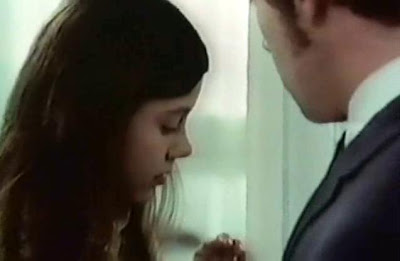 A 14-year-old catholic girl’s romantic infatuation with her 32-year-old adoptive brother perversely fails to dampen when she comes to believe that he may be a local serial killer, in Greene’s idiosyncratic, unpredictable, and strangely affecting thriller. The performances are generally good, with Agutter’s, despite her inappropriately clipped accent, being the pick of the bunch. The disquietingly and incongruously cheery music also adds to the film’s distinctive tone.
-- Iain Stott