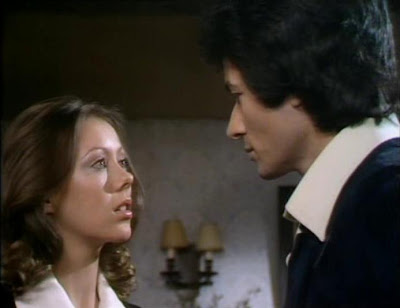 An American private detective comes to a small English village in search of his brother, who disappeared there not long after arriving two months earlier, and falls for the same woman that he did, in this vaguely predictable, though strangely compelling, Edgar Allan Poe-inspired mystery-thriller. The performances are generally good, with Russell Hunter’s perma-drunk poacher being particularly noteworthy, but the production values are somewhat lacking and prove rather distracting at times, particularly during the action-packed finale. Entertaining, never the less.
-- Iain Stott