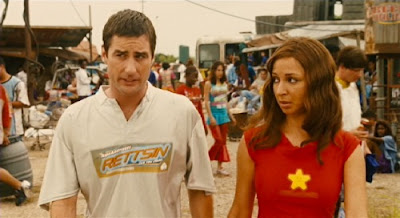 In Judge’s thoroughly entertaining and deceptively intelligent examination of stupidity, a mild-mannered and decidedly unambitious soldier and a prostitute looking to avoid a prison sentence agree to take part in a top secret hibernation experiment – so top secret that they are soon forgotten about. Awakened by chance 500 years later in a world in which humanity has devolved to such an extent that the average IQ has fallen below 50, the two of them soon come to realise that they are now by far the most intelligent people on the planet – a reality that proves to be more of a curse than a blessing (or, at least, at first it does). An imaginatively crafted, smartly written, and wittily performed piece of satirical sci-fi.
-- Iain Stott