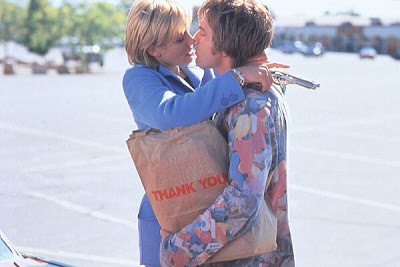 After being fired from his cleaning job, to be replaced by a robot, and being jilted by his girlfriend, to be replaced by an aerobics instructor, Robert, an affable young Scotsman, kidnaps his former boss’s daughter, and, despite the unsavoury circumstances, with a little not-so-light prodding from a pair of under-pressure angels, soon finds love blossoming between himself and his comely hostage, in Boyle’s much derided though thoroughly entertaining fantasy rom-com. The performances are all good, in a decidedly inventive and well-crafted film, with Hunter’s turn being particularly amusing. The soundtrack choices also often prove quite inspired.
-- Iain Stott