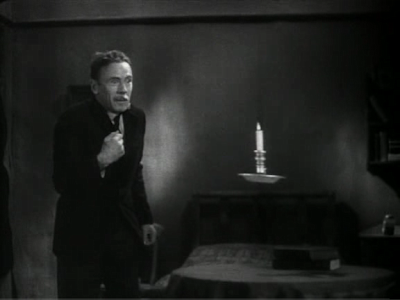 When an ordinary man realises that he can perform miracles – a power gifted to him as part of a heavenly experiment – George McWhirter Fotheringay (Young) takes on board the advice of all and sundry with regards to the problem of how best to use his powers to make the world a better place, but soon finds himself being corrupted by the weight of his burdensome gift, in this oft hilarious though ultimately only merely diverting H.G. Wells adaptation. The effects work is good and the dialogue witty, with some well-judged comic performances proving tittersome, but the whole thing feels just that little bit too talky and didactic to fully entertain.
-- Iain Stott