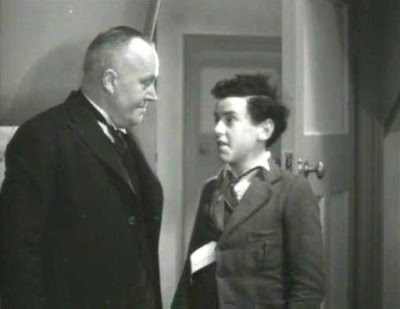 A renowned inventor, working on a potentially ground-breaking new bombsight at his overcrowded country cottage, becomes the target of a Nazi spy ring, in Asquith’s amusing, but convoluted, wartime espionage comedy. Quite who did what to whom and why is often hard to ascertain, but a wonderfully assembled cast, the hammiest death scene ever committed to celluloid, and a scene-stealing mini-George Cole ensure that it is never anything less than entertaining.
-- Iain Stott