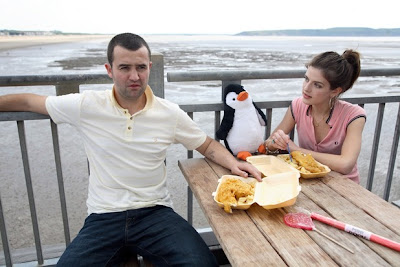 This three-part BBC drama, depicting the unlikely relationship that builds up between a recently released innocence-pleading convicted murderer and his just-back-from-suspension parole officer, starts well – concentrating on the everyday details of its protagonists’ lives – but gradually becomes ever more farfetched as it progresses towards its improbable and horribly neat’n’tidy ending, which serves only to betray much of what came before. Still, there’s plenty to admire in the first two parts or so, with fine performances from Friel and, in particular, Mays, plus Walsh’s oft eye-catching direction, holding the attention throughout.
-- Iain Stott