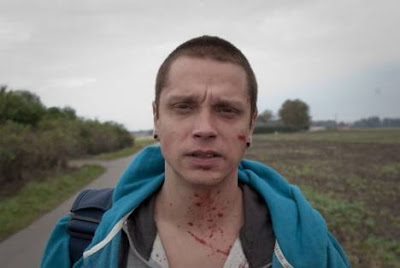 The lives of four disaffected small town working class youths, all desperately trying to find their place in the world, intertwine over a period of a few late summer days, in Jern and Larsson’s for-the-most-part sensuously moving examination of doomed young lives. Grehn’s oft stunning photography and the unassuming performances of the young cast (particularly Skog and Sundelin) engage throughout, but the horrifically violent ending leaves something of a bad taste. A film of promise, never the less.
-- Iain Stott