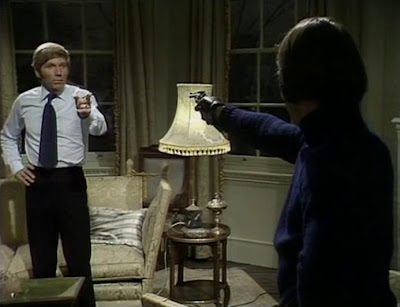 In this wonderfully unpredictable Hitchcockian thriller, the American husband of a rich Englishwoman spends his evenings in local pubs and bars advertising the fact that their stately home, with all its gold, silver, and expensive paintings, is anything but burglar-proof, in the hopes of catching one in the act who he can then persuade to murder his wife for him. Eventually, he manages to snag one and makes a deal with him, but his seemingly fool-proof plan soon goes awry, as he fails to take into account the murderous burglar’s enigmatic motives and a detective superintendent’s underhanded investigative methods. Excellent.
-- Iain Stott