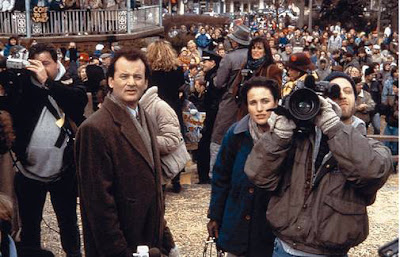 A cynical, world-weary television weatherman finds himself living the same day – Groundhog Day, probably his least favourite day – over and over again; a situation that has him go from dismay through impish joy to despair and finally acceptance, as he gradually comes to be a better human being, spurred on by the (forever destined to be?) unrequited love that he develops for his producer, in Ramis’s inspired, smart, and oft hilarious comedy, which has proven itself, over the years, to be effortlessly rewatchable. Murray, in the central role, is predictably excellent.
-- Iain Stott