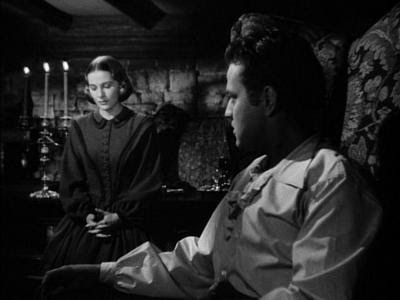 After a childhood blighted by cruelty and suffering, an orphaned girl grows up to become a loving governess to a French child, with whose brooding guardian she falls in love. Unfortunately, the object of her affection has quite the dirty little secret tucked away in his attic, in Stevenson’s handsome, but rather imperfect, romantic period drama. Though well-acted and decidedly beautifully crafted, this adaptation of Brontë’s much-filmed novel never really takes enough time to tell its story, and often feels horribly, horribly rushed. Never the less, it remains diverting and eye-catching throughout.
-- Iain Stott