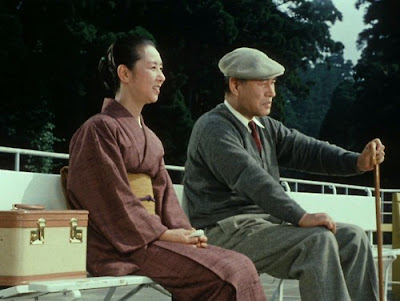 Despite showing a generally quite liberal attitude to such matters with regards to other people’s children, a world-weary middle-aged businessman proves rather reluctant to adopt the modern, Western attitude to matrimony for his own offspring, when it becomes apparent that his eldest daughter intends to marry a man of her, rather than his, own choosing, in Ozu’s gently affecting family drama – his first film shot in colour. Fine performances and typically strong direction more than compensate for a slightly thin script.
-- Iain Stott