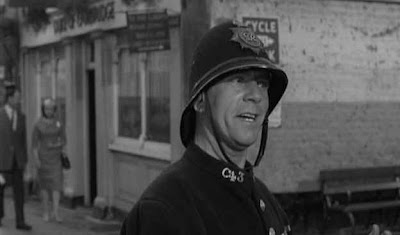 Ever unable to follow in the footsteps of his police officer father on account of his diminutive stature, a good-hearted, but mischievous, car park attendant finally manages to land his dream job when it becomes apparent that he is the spitting image of an effete Italian mobster, whose gang he is subsequently assigned to infiltrate. Chaos – unsurprisingly – ensues. Leisurely-paced and filled with joyously silly, yet often deceptively intelligent, comic detail, this thoroughly entertaining Norman Wisdom star vehicle frequently proves hilarious.
-- Iain Stott