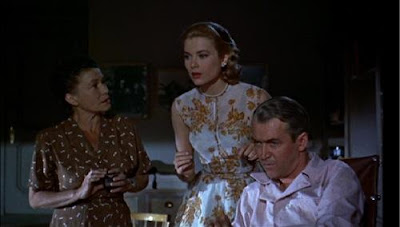 A globe-trotting photojournalist, laid up with a broken leg, comes to believe that one of his neighbours has murdered his wife, and determines to investigate the matter himself, despite the naysaying of a police detective friend, enlisting the help of his glamorous girlfriend and wonderfully earthy insurance company-appointed nurse to do the leg work for him. Brilliantly directed, strikingly photographed, innovatively scored, spectacularly designed, and featuring some excellent performances, Hitchcock’s wonderful thriller proves to be his magnum opus.
-- Iain Stott