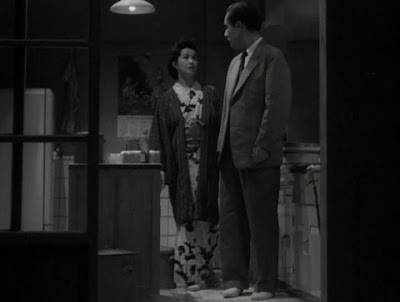 A childless married couple, the result of an arranged marriage, who live all but separate lives and have polar opposite views on most things, see their relationship reach crisis point when their niece’s potential betrothal brings up old resentments, in Ozu’s remarkable comedy-drama. But a short spell apart and a spare-of-the-moment meal of tea and rice appears to go a long way towards healing the rift. The great Japanese auteur’s typically elegant direction is mixed with a dash of formal daring, here, making this one of his more dynamic and visually exciting works. The performances are also generally very good, with Saburi’s being particularly noteworthy. Ryū's cameo, complete with song, also proves delightful.
-- Iain Stott